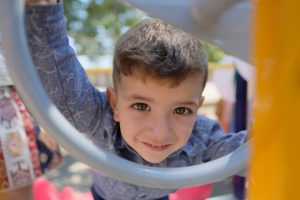 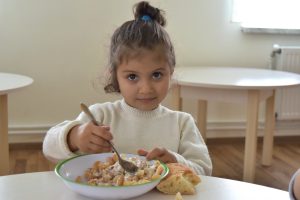 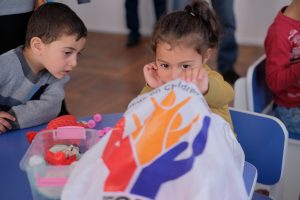 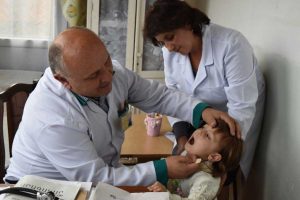 Focus on Children Now was founded in 2006, after a chance encounter between a tourist family, the Amirians, and a couple serving as American Peace Corps Volunteers (PCV) in Armenia led to a conversation about the condition of schools in the villages of Armenia.

With an invitation to visit the special school the volunteers were stationed at in Gavar, a town located in the Gegharkunik province, the tourist family found themselves hailing a taxi to venture an hour out of Yerevan, the capital city, on a lovely October day. After a long and bumpy car ride, the taxi driver finally stopped in front of a large, battered building. As the family stepped out of the car, they instantly felt the difference in forecast from Yerevan to Gavar. Alan Amirian, just a four year old boy at the time, said, “Dad, it’s too cold, let’s get back in the cab!” and Robert Amirian, his father, said, “Son, let’s go inside. It will be warmer in the building.” To their dismay, the inside of the building felt even colder than the outside!

The floors were wet, the walls had mold due to the leaking roof, and many of the windows were broken. The school was full of children with special needs, who were going about their business with no regard to the seemingly unbearable temperature. Shocked and disheartened by what they had witnessed, the family returned to the school the following day with the gift of twelve heaters.

Upon returning to the United States, the Amirians gathered their friends and pooled their resources to continue renovations at the school they had visited. The success of the renovation project at the school in Gavar sparked inspiration toward other projects. Thus, Focus on Children Now was on its way to “breaking the poverty cycle, one child at a time.”

TOGETHER, WE CAN MAKE A DIFFERENCE

As long as poverty, injustice, and inequality persist, none of us can truly rest. It doesn’t take much to change a life. Get in touch today and start making a difference.